Who Was the Most-Watched ‘Bachelorette’? Each Season Ranked by Rating

After 16 romantic and drama-filled seasons, ABC’s The Bachelorette has become one of the most popular reality TV series of all time. Following in the footsteps after the first two seasons of The Bachelor, which premiered in 2002, the spinoff gender-bent the show’s premise, with each season focusing on a Bachelorette looking to find “Mr. Right.”

With Katie Thurston’s round in Season 17 nearing its end, viewers may wonder how the season’s viewership compares to others. Below, we’re ranking every season of The Bachelorette from least to most-watched based on the season’s 18-49 average Nielsen Rating. Who Should Be the Next 'Bachelor' Star: Michael A. or Andrew S.? (POLL) Based on the average combined rating of the current episodes (eight so far), this season of The Bachelorette with star Thurston ranks as the least-watched season so far. Thurston’s season is the first to air after host Chris Harrison’s exit from the franchise, too. Fans of this season shouldn’t be discouraged just yet, as there are still a few more episodes before the show’s finale, which is bound to have high ratings. Two of the more recent seasons tie for the second least-watched season, averaging around 1.5 in the Nielsen Ratings. Kufrin became the newest Bachelorette after winning the previous Bachelor season (with Arie Luyendyk Jr.), as the couple split during the show. Like many Bachelorettes before her, Brown was also a previous Bachelor contestant during Colton Underwood’s Season 23. Notable for becoming the series’ first African-American Bachelorette, Lindsay said “I do” to Bryan Abasolo after being the second runner-up on Season 21 of The Bachelor with Nick Viall. 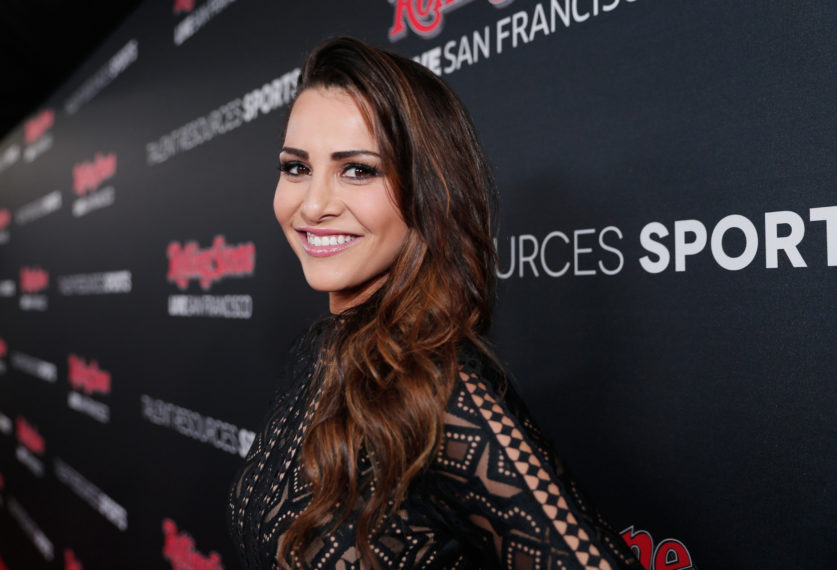 Another previous Bachelor alumni, Dorfman chose to leave Season 18 with Juan Pablo Galavis, getting the chance to find her perfect match in The Bachelorette’s 10th season. The most recent season comes in fifth place on this list. Season 16 included many Bachelorette firsts, such as having the oldest Bachelorette (Crawley) at age 39, the first to have the lead replaced (with Adams) mid-season, and was the first season pushed back by the pandemic. Three seasons tie for the sixth most-watched on this list. All of these Bachelorettes got their second chance to find love in their respective seasons. Bristowe returned to Bachelor Nation for the current Season 17 as a co-host alongside Tayshia Adams. These back-to-back seasons both earned an average of 2.4 in the Nielson Ratings. Neither contestant is still together with the winner of their respective season. Herbert’s divorce to her season’s winner, J.P. Rosenbaum, marked the first Bachelor Nation couple to get a divorce. Dia Dipasupil/Getty Images for WE tv

Season 4, starring Pappas, marked the first season of the show to have a 120-minute run time, expanding from the previous 60-minute-episode seasons. Along with the longer run time, Season 4 marked the show’s return after a three-year hiatus following Season 3 in 2005. Another first for the show, Harris was the first non-American to be the Bachelorette, as she is actually from Canada. At the end of Season 6, Fedotowsky got engaged to Roberto Martinez, the first Latino Bachelorette contestant in the show’s history. The two have since split, calling it quits back in 2011. Jumping up a whole point up in the ratings from Season 6, Season 3 ranks as the third most-watched season. After postponing Jerry Ferris’ proposal, Schefft’s season finale was the first to air an “After the Final Rose” episode, during which she officially turned down his proposal. Following the popularity of the show’s first season, Season 2, staring Phillips, brought in slightly fewer viewers than the premiere season. Despite this, it still manages to rank as the second most-watched season of the series.

Coming in first is on this list is Season 1 of The Bachelorette. Premiering in 2003 after two seasons of The Bachelor, Rehn served as the spin-off’s first leading lady, bringing in a total average of 7.9 in the Nielsen Ratings.