Season 2 ended with many storylines up in the air. When will Jean (Gillian Anderson) tell Jakob (Mikael Persbrandt) about her surprise pregnancy? Will Rahim’s (Sami Outalbali) warning to Eric (Ncuti Gatwa) affect his new relationship with Adam (Connor Swindells)? Will Maeve (Emma Mackey) ever find out about Otis’ (Asa Butterfield) deleted voicemail? You need more angst-filled romance and we've got the shows, from 'High Fidelity' to 'Fleabag,' that can give it to you.

Per Netflix’s Season 3 synopsis, the show will pick up with Otis progressing to having casual sex, Eric and Adam becoming official, and a new headteacher, Hope, played by Jemima Kirke, looking to whip Moordale into shape. After her sexual assault last season, Aimee (Aimee Lou Wood) will dive deeper into the world of feminism. Plus Jackson (Kedar Williams-Stirling) has a new crush. “Prepare for commitment animals, alien phenomena, vulva cupcakes and much more of Madam Groff,” Netflix teases.

Other new additions to the cast include Jason Isaacs as Mr. Groff’s successful older brother, Peter, recording artist and songwriter Dua Saleh in their acting debut as Cal, a nonbinary student at Moordale, and Indra Ové as Anna, the foster mother of Maeve’s younger sister Elsie.

Sex Education is written and created by Laurie Nunn, with Ben Taylor and Runyararo Mapfumo directing the new season. It is produced by Eleven, with Laurie Nunn, Ben Taylor, and Jamie Campbell serving as executive producers.

Scroll down to check out the first Season 3 photos. 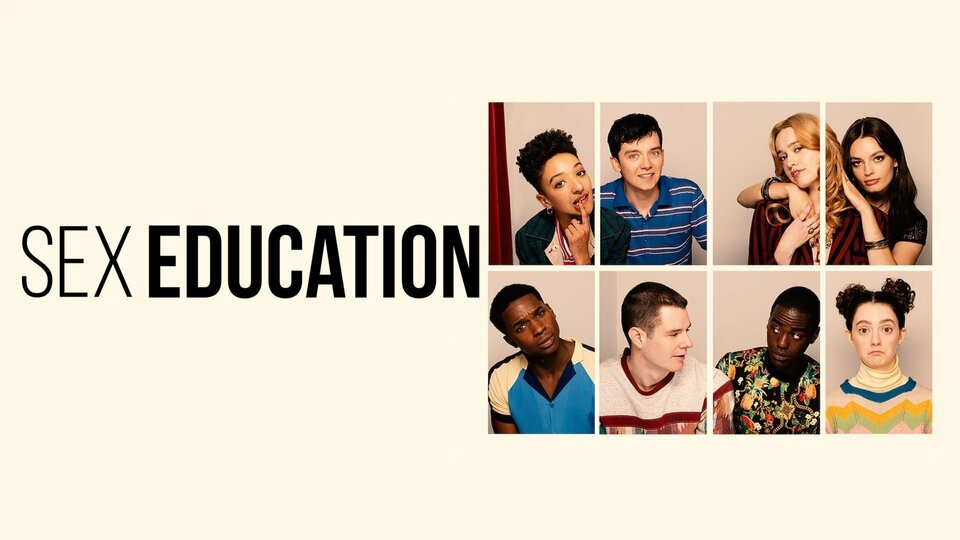