Roush Review: ‘Eco-Challenge’ Is a Tough, But Inspiring, Race

I’ve never cared less who won a race, or cared more about the people just trying to survive it, than while raptly watching the overdue resurrection of World’s Toughest Race: Eco-Challenge Fiji, a grueling adventure expedition not seen since 2002. There may be no Survivor this fall, but that show feels like a walk through a theme-park jungle ride compared to producer Mark Burnett‘s first and even more scenically impressive reality hit. Maybe absence made the heart grow fonder, but this 10-episode series packs quite the emotional punch.

“I don’t like to suffer — but I like to suffer with a purpose,” says a racer who could be speaking for all 66 teams, from 30 countries, who put themselves through this physically demanding 617-kilometer course over 11 days. Cheering them on, often observing and commenting on the action from a helicopter’s perch, is relentlessly upbeat host Bear Grylls. If you want to risk your own health, start a drinking game for every time he utters the words “world’s toughest race.” (On second thought, don’t.)

Risking injury and hypothermia in torrential rains, navigating slippery rocks and forbiddingly mud-choked bike trails, these teams inspire awe in their drive to either stay in front of the pack or just make it in time to the next checkpoint. The drama is intense within these four-member teams — a fifth support member nervously awaits them at base camps along the route — as they fight onward through the elements, never wanting to be the one who slows them down and possibly pulls them out of the race.

First among sympathetic equals in the pack is Team Endure, wherein veteran racer Mark Macy makes a last stand against early-onset Alzheimer’s and an aching back as his devoted son, Travis, tends to his needs. Mark’s former team, the over-60s Stray Dogs, are also testing the limits of their resilience against the ravages of time. 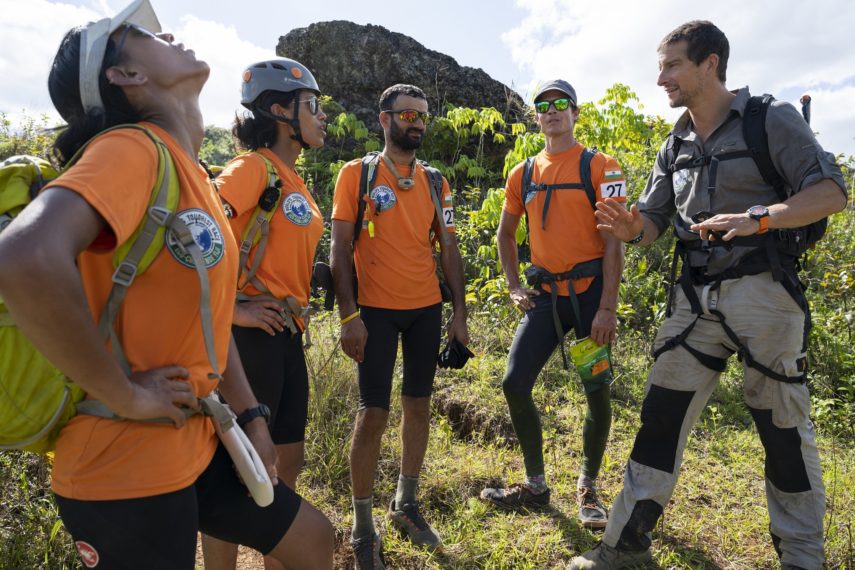 “There is no age you have to quit doing interesting stuff,” says Dogs member Adrian Crane. They’re reminders that the Eco-Challenge isn’t just a tough race. It’s life-affirming.