Hold on to your souls, Hellblazers. John Constantine is coming to Arrow!

At the annual Television Critics Association summer press tour in Beverly Hills, it was revealed Tuesday that Matt Ryan, who played the sarcastic British demon hunter on NBC’s short-lived drama Constantine last year, would be slipping back into his trench coat and bringing the DC Comics character to The CW’s universe of Arrow, The Flash and the upcoming DC’s Legends of Tomorrow.

“We are super-crazy excited about this,” confesses executive producer Marc Guggenheim of the “one-time-only deal” currently scheduled for the fifth episode of Arrow‘s upcoming fourth season. “Each year on the show, we have added and expanded the mythology with different elements. In Season 2 we introduced the idea of superpowers, last year brought in the League of Assassins, and for Season 4, we always had a plan to introduce magic and mysticism,” he says, pointing to Ra’s al Ghul’s Resurrection Pit as an early taste of the otherworldy. “We were already swimming in those waters and that’s why Constantine is this great organic little development.”

RELATED: Emily Betts Rickards’s personal pics from behind the scenes of Arrow

Without spoiling the whole story, Guggenheim hints that the master of the dark arts will factor into the fallout from bringing Sara Lance (Caity Lotz) back to life via the Lazarus Pit. “Unlike Thea, who wasn’t fully dead, the consequences of using the pit on someone as dead as Sara was creates some unforeseen difficulties…and John Constantine is uniquely suited to help our team deal with those.”

The news is huge for disciples of the gone-too-soon series, as many hoped the character would find a new home somewhere within DC Comics’ growing TV empire. “This is something the fans were clamoring for,” agrees Guggenheim, praising DC for being so “magnanimous and generous in giving us this one-time dispensation.” In addition, since two share a studio (Warner Bros.), Arrow has been able to secure not just the original actor, but his original outfits, as well. “The trench coat, the tie, the shirt…the whole wardrobe is being taken out for storage and shipped up to Vancouver.” John Badham, who was a director on Constantine, is also on board to helm the episode. “He is familiar with Constantine and Matt Ryan, so it’s a wonderful combination,” Guggenheim says.

As for how Team Arrow will handle the supernatural situation and Constantine’s approach to the occult, Guggenheim offers that Oliver (Stephen Amell) will actually be the one who gets it the most. “If you go back and rewatch Season 3, he refers to having some experience with the mystical. Oliver knows that the world is a larger place than most people think. So the team will have one reaction, but Oliver will have more of an experienced reaction.”

BEHIND THE SCENES: Photos from the sets of The Flash, Supernatural and Gotham

And based on how twisted Diggle (David Ramsey) was over The Flash‘s metahumans, we can only imagine that Starling City’s hottest daddy will be freaking out. “Oh yeah,” laughs Guggenheim. “Diggle has some choice lines, I will say that!

Here’s what Matt Ryan himself had to say:

The Trench Coat is being dusted off. #Constantine#Arrow@CW_Arrow@amellywood looking forward to it. #thisfallpic.twitter.com/fROWx4RJ9o

And what the Arrow cast had to tell us at Comic-Con last month: 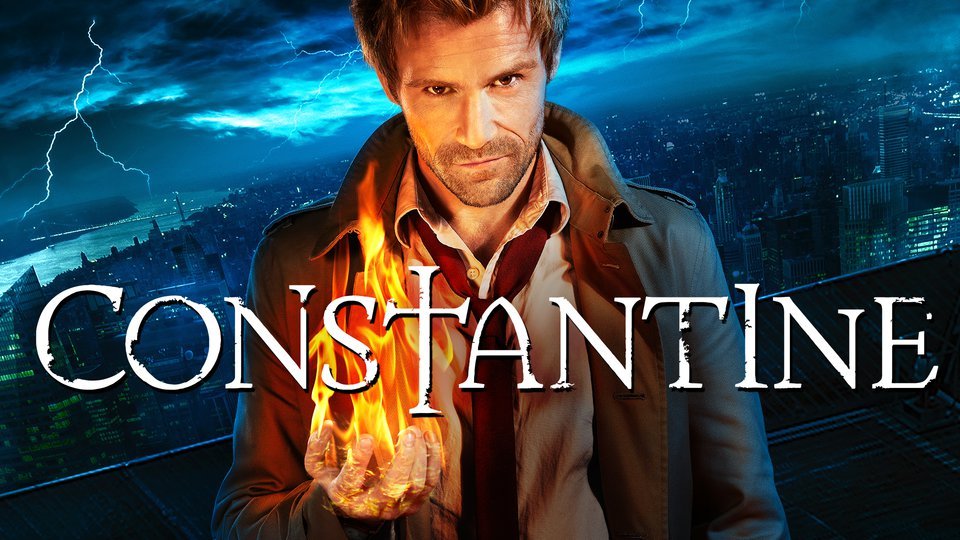 Constantine where to stream