Jeopardy‘s Tournament of Champions is now tied at two wins each for Amy Schneider and Andrew He after Sam Buttrey made a Final Jeopardy! blunder that cost him Thursday’s (November 17) game.

Many fans were rooting for Buttrey heading into Thursday’s episode, especially after the controversial decision on Wednesday night. As we previously reported, the Professors’ Tournament winner was tripped up by a Biblical question in Wednesday’s Final Jeopardy, despite giving an answer that many viewers thought should have been deemed correct.

Buttrey had vengeance on his mind last night, and it finally looked like he was about to get a win on the board. Taking a page out of He’s big wager strategy, Buttrey bet the “maximum amount permitted by law” when he landed on a Daily Double, wagering his $6,000 and doubling up. The Monterey, California native continued to rack up money throughout the episode, setting himself up for a potential victory.

“Was rooting for Sam! If only he wagered nothing. Oh well, let’s see tomorrow!” wrote a fan on the Jeopardy! Reddit forum, while another added, “DAMN IT SAM WTF??? This was the perfect time to bet 0.”

“That was a fantastic game,” said another commenter. “I love Amy as an all-round player, Andrew for his modern and gutsy playing style, but nobody has given me as much joy watching them play as Sam has. He’s a fantastic player of the game with a penchant for situational comedy.” 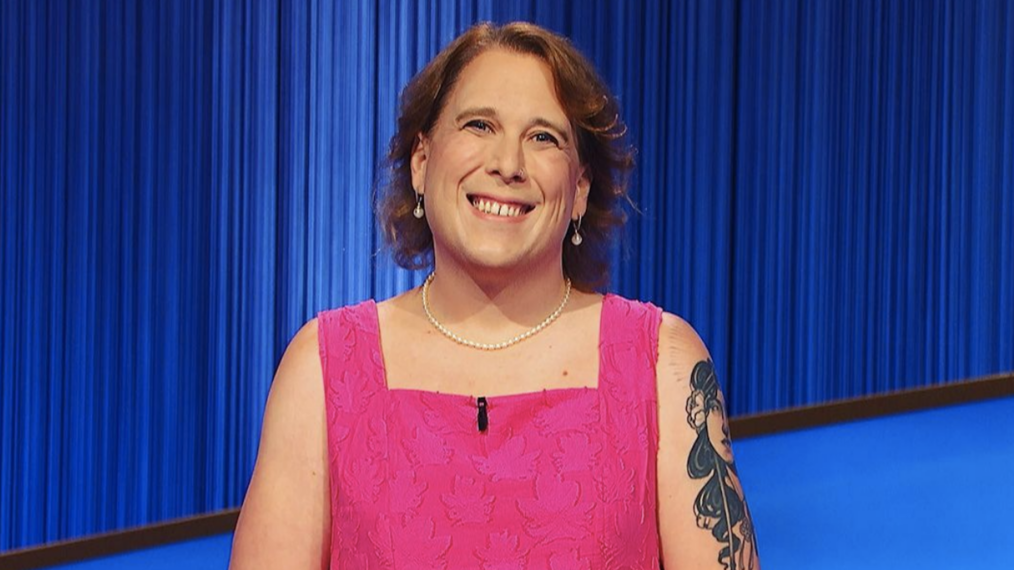 “Both Sam and Amy played great games today,” added another fan. “I hope Sam wins at least 1 game even if he doesn’t win the Tournament.”

Tonight’s (Friday, November 18) game could be the decider. The TOC victor is the first to three wins, so if Schneider or He win tonight’s game, they’ll be crowned the 2022 TOC winner. However, if Buttrey finally snatches a victory, the tournament will continue into next week.