A murder mystery set in the world of women’s college basketball? Slam dunk. Long Slow Exhale tips off with a tough but nurturing head coach, J.C. Abernathy (Rose Rollins), shocked to find out that a colleague has been accused of sexual assault. Things go from bad to worse – way worse – when a body turns up.

“It’s a really tough journey,” Rollins tells us. Her character is deeply concerned for the girls she coaches; her own kids; her loyal husband Garrett (Lyriq Bent); and her career. “We have to find out who’s behind it. And at first, you have no idea. It could be anyone.”

“He’s a great coach, but his life starts to unravel,” Harding says. Michael Dorman, David Alan Grier, and more preview the drama based on the bestselling novel series by A.J. Box.

Despite the heartbreak going on around them, the team tries to keep their heads in the game, and there are great sequences of actual basketball playing. “They are more focused on how to win, more than anything, to be a sisterhood,” says Brittney Elena, who plays Corrine Porter, a hotshot dealing with the high expectations of her dad, Desmond (NFL great Tony Gonzalez). Gonzalez, who played basketball for Cal Berkeley, says, “I can identify, having four children myself. I love how this show focuses on female sports. That was really cool to be a part of.” 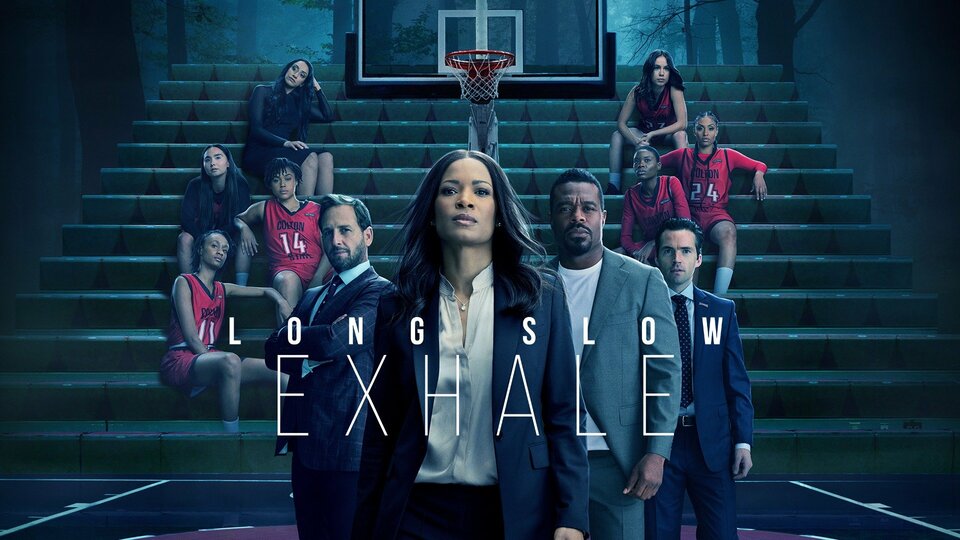 Long Slow Exhale where to stream