Marvel Gets Super Weird in the ‘Moon Knight’ Premiere (RECAP)

If you thought WandaVision was wacky, Moon Knight is on a whole other planet.

In some ways, Steven’s (Oscar Isaac) just your average, ordinary “pre-superhero powers” guy. He has a pretty nice flat in London considering his job is working at a museum gift shop. He’s awkward. He calls his mom often. He’s a total nerd for Egyptian mythology. He’s not a fan of his boss and, as everyone pointed out from the trailers, he has an, uh, interesting English accent.

He also ties himself into bed at night with an ankle restraint, sprinkles sand on his floor and puts tape on the inside of his door. You know, normal pre-superhero stuff! 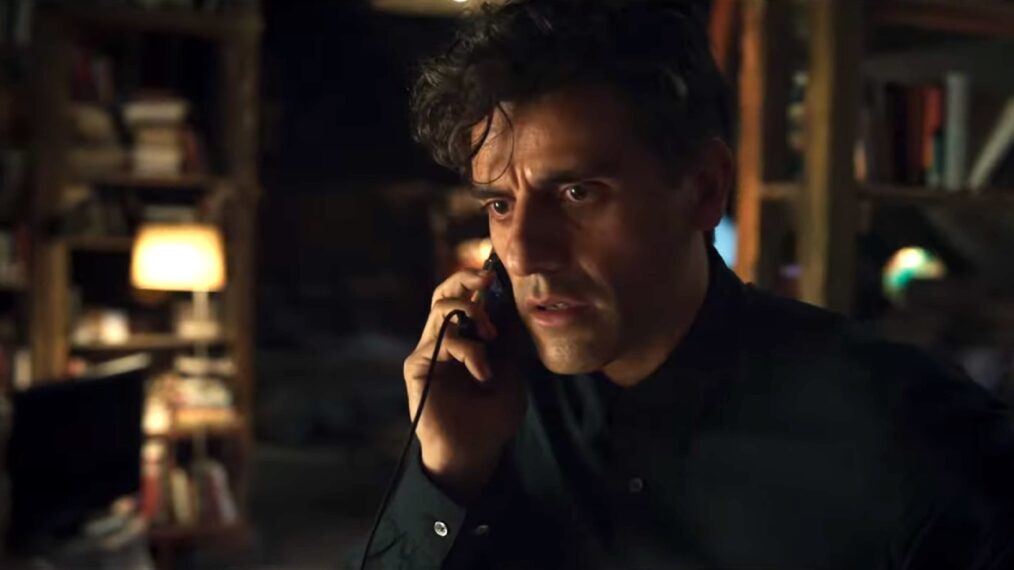 Obviously, Steven is also very much not your average, ordinary “pre-superhero powers” guy, and most of the first episode is dedicated to him figuring that out. He goes to sleep one night and wakes up in the middle of a field with a disembodied voice talking to — or rather, insulting — him. Guys with guns start chasing him, and he ends up in a town square at a meeting where a cult leader named Arthur (Ethan Hawke) is using a moving, color-changing tattoo on his wrist to “judge” his followers and deem whether they’re “worthy of seeing the world [they] make.” Green means good, red means dead.

Steven gets himself found out when everyone bows to Arthur but he doesn’t, and then it gets really, really weird. Arthur recognizes him as a mercenary and demands “the scarab,” which Steven doesn’t think he has, but, surprise! It’s in his pocket. The disembodied voice that’s been calling him an idiot orders he not hand the ornate gold metal beetle over, and when Steven tries to ignore it and do as he was asked, he finds he physically can’t. The leader isn’t pleased, and Steven ends up on the run, fighting for his life.

As a cashier at a museum gift shop, is Steven capable of handling this? Absolutely not! But the voice in his head keeps demanding that he “let [him] take over,” and intermittently throughout the chase, Steven blacks out. During those occasions, he steals a food truck and drives it down a curving mountain road, backwards; he shoots a bunch of the guys trying to kill him and he bloodily beats several people to death. And then he wakes up, relieved. It was all a dream! No, it wasn’t. When Steven wakes up, the whole entire weekend has gone by — much to the displeasure of the woman he inadvertently stood up for a date — and he remembers none of it. He finds a wall panel in his apartment misplaced, and when he peels it back, he finds a phone and a set of keys. That phone has dozens of missed calls from a woman named Layla (May Calamawy), who calls him, asks where he’s been, and refers to him as Marc. Huh? And after that, he’s attacked by an Egyptian god-thing with a bird skull for a head (this is Khonshu, but the terrified Steven doesn’t know it yet!). And, the next day on his way to work, he finds Arthur is following him. Things are really going off the rails for poor Steven.

Steven confronts Arthur, and we get some exposition about what the cult is trying to do. They worship Ammit, and they’re using her powers (and Arthur’s color-changing tattoo) to determine which people are “good” and which are “evil,” judging their whole lives before they’ve lived them. It’s a lot like Pierce’s (Robert Redford) Hydra helicarrier plan from Captain America: The Winter Soldier, just more… mythological.

Arthur tries to “judge” Steven, but the scales won’t balance. “There’s chaos in you,” he notes, shocked. Steven runs away, but later that night, he hears what he thinks is a dog in the Egypt exhibit. It’s not a dog: It’s a jackal, sent by Arthur to get the scarab. Terrified, Steven runs away from it and barricades himself in the bathroom, where he meets his alternate personality, Marc, in earnest. Using the mirror to communicate with him, Marc demands Steven let him take over so he can save them both.

Steven gives him control, and moments later, the jackal bursts through the door. It’s no problem, though: Marc, now in full costume as Moon Knight, beats the creature to death and walks away. 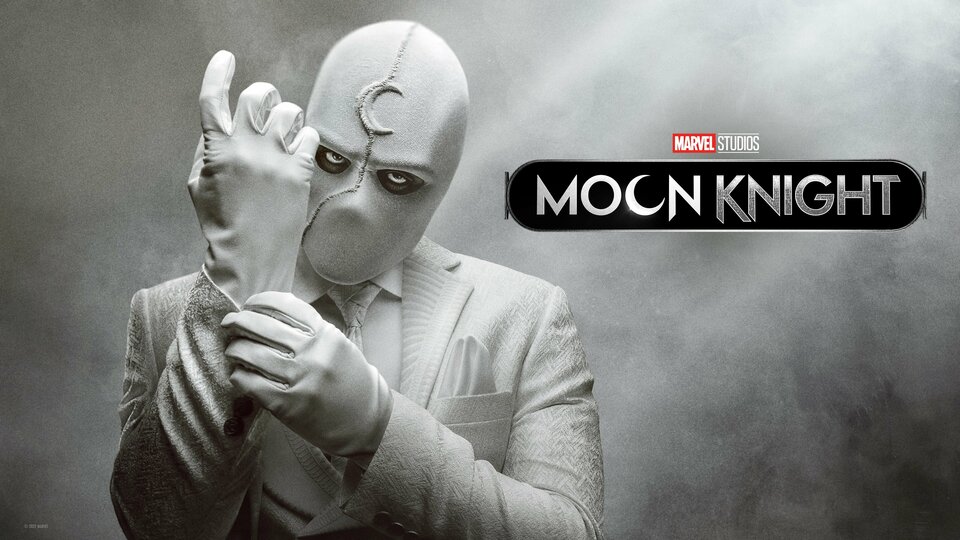