The spooky season is officially upon us, but for horror lovers watching Chapelwaite, it began weeks ago on EPIX when widower Captain Charles Boone (a terrifically haunting Adrien Brody) and his kids arrived in Preacher’s Corners, The moody, slow-burn series based on Stephen King‘s short story “Jerusalem’s Lot” is deep enough into the narrative to confirm that A) that slow-burn pace is picking up fast, B) yes, this 1800s-set chiller is the prequel to King’s Salem’s Lot, and C) yes, there are vampires feeding on the folks of this insular Maine village.

Messy ones, too. Big fangs, dead eyes…none of that brooding or sparkling business. I mean, look at this nightmare below. The manicure alone is chilling.

The undead aren’t the only pains in the neck, though. Since the pilot, there’s also been the nagging issue of how much we love Schitt’s Creek alum Emily Hampshire as the kids’ nanny, Rebecca Morgan, and hate that her aspiring journalist is secretly writing a story about Boone’s complicated family ties to the town. Mostly because we knew the scene in this exclusive look (above) at Sunday’s episode, “The Offer,” had to happen. And it breaks our hearts. On the heels of last week’s hour, Boone is mourning the loss of his youngest daughter, Loa, whom he discovered drained of life on the road back from a meeting with main vamp Jakub (Christopher Heyerdahl). Filled with fear that his family is now a target, he has also been informed by his two remaining children that the woman tasked with protecting them is basically a spy. It’s here that we see the depth of Rebecca’s regret (and Hampshire’s dramatic acumen), as well as Boone’s sense of betrayal. Thankfully, he has the decency not to kick her out of the house immediately. After all, the sun is just about to set and there might be someone who would like to grab a bite with the Boones waiting outside. 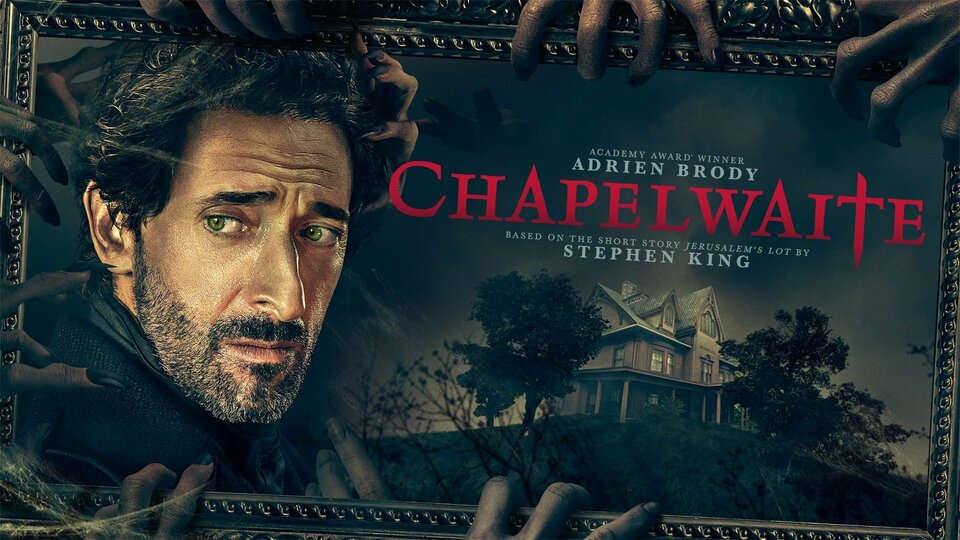 Chapelwaite where to stream