There could be three Law & Order shows on NBC soon.

The original series, which aired its series finale in 2010, is returning for Season 21, according to Wolf Entertainment. It “will continue where the show left off … with the classic format that explores two separate, yet equally important groups: ‘the police who investigate crimes and the district attorneys who prosecute the offenders.”

“There are very few things in life that are literally dreams come true,” Dick Wolf said in a statement. “This is mine.”

Law & Order Season 21 will be executive produced by Wolf, Rick Eid (who will also serve as showrunner and writer), Arthur Forney, and Peter Jankowski. Further details, including a premiere date and casting, will be announced at a later date. 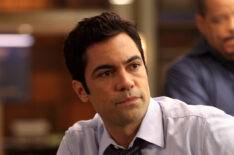 The original series in the franchise will be joining an NBC lineup that already includes two Law & Order spinoffs, the Mariska Hargitay-led SVU in its historic 23rd season and Christopher Meloni’s Organized Crime, in its second year. They were supposed to be joined by a new Law & Order, For the Defense, but it was pulled from the schedule after receiving a straight-to-series order.