Disney Junior’s Mickey Mouse Funhouse is about to have twice as many Mickeys as country music star Mickey Guyton stops by in the October 15 episode.

Guyton, who serves as a guest star, will lend her vocals to the new character Wanda Warbler who is described as the best country-western singer around. Mickey, Minnie, Donald, Goofy, and the rest of the gang travel to the Old West town of Sunny Gulch in order to hear Wanda sing. The Grammy-nominated country singer will also serenade the characters and viewers with a beautiful original song called “Won’t go Wanderin'” in the episode. The tune is a reference to her nickname, “The Wandrin’ Warbler” because Wanda has a habit of getting sidetracked and wandering off.

While viewers will have to wait until the episode to hear Wanda’s song, we have an exclusive first look at Guyton’s crooner in the sneak peek image, above. Joining her in the exclusive photo is everyone’s favorite animated pup, Pluto. And staying on theme, Guyton’s animated character also dons some great western threads. Mickey Mouse Funhouse debuted earlier this year and it introduces preschoolers to Mickey, Minnie, Goofy, Donald, and plenty of other pals along the way. Together, they have amazing adventures with the help of an enchanted talking playhouse. Don’t miss Guyton’s arrival this fall, tune in on October 15 to see her guest-starring role come to life. 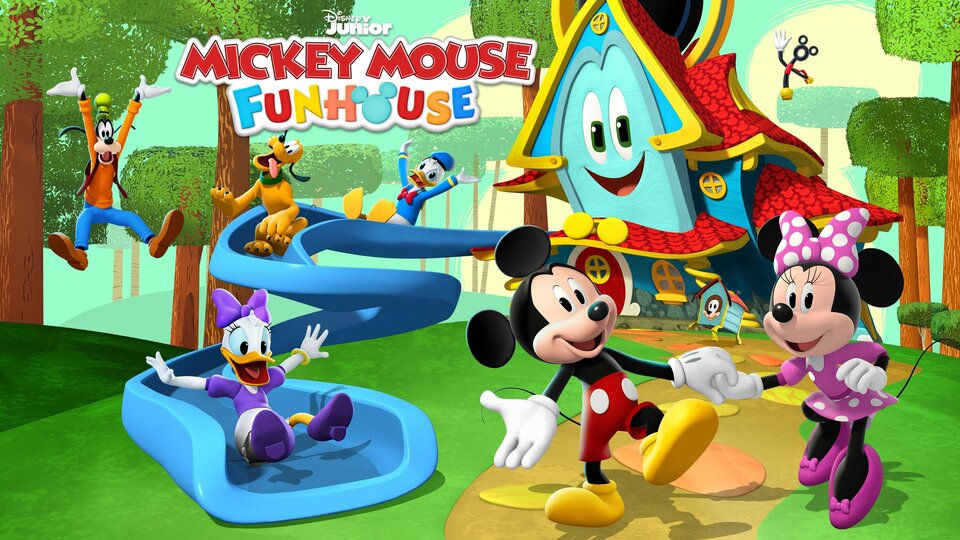 Mickey Mouse Funhouse where to stream