[Warning: The below contains MAJOR spoilers for Modern Love, Season 2, Episode 3, “Strangers on a (Dublin) Train.”]

When it comes to the early days of the COVID-19 pandemic we were all like Game of Thrones‘ Jon Snow — we knew nothing. Such is the case for Kit Harington‘s new character Michael in his Season 2 episode of Modern Love.

The star who once played the King in the North is swept up in a new adventure as one of two strangers who meet on a train from Galway to Dublin in March 2020. Hitting it off with Lucy Boynton‘s Paula, Michael makes a promise to meet her at the Dublin train station exactly two weeks later, unaware of the impending lockdowns. The catch? He passes on taking her phone number, a sweetly romantic gesture that quickly backfires. Below, Harington, who is gearing up for his Marvel debut in Oscar-winning director Chloé Zhao’s Eternals, opens up about the episode’s open-ended conclusion, that Game of Thrones reference, and whether there are more rom-coms in his future.

Your episode is the only pandemic-focused story. Was that something that drew you to the project?

Kit Harington: It was for sure. I thought it was a really intelligently done look at the beginning of the pandemic, and I think it could end up being one of those historical pieces that you look at when you want to study how we were [at that time]. That made it more than just a rom-com for me. It asks some really interesting questions about where we were morally in the pandemic, like where do your duties to yourself crossover with your duty to society? I think that was an interesting question to ask. 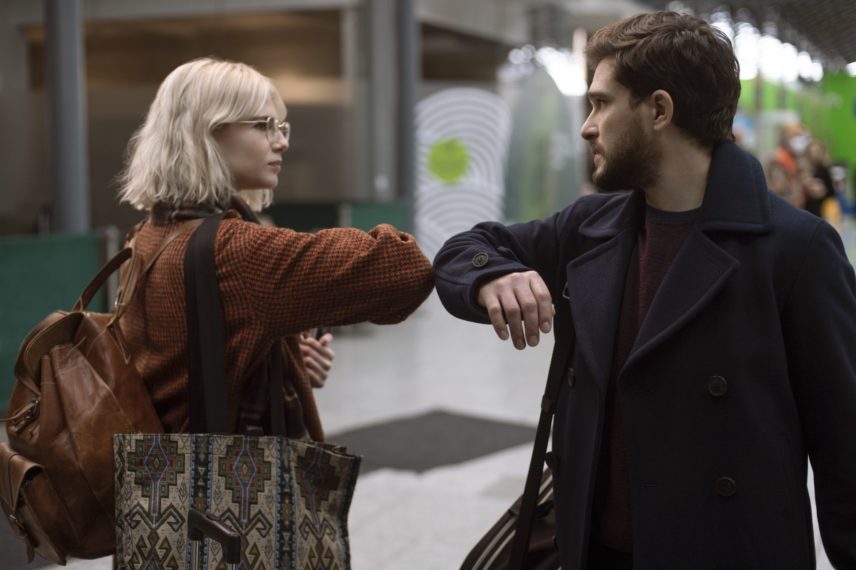 Your character takes a chance on fate and forgoes taking Paula’s phone number. What lesson do you think this episode is trying to teach about communication?

I definitely think he should have given his number, but then we wouldn’t have a story, right? This episode is actually a really nice breath of fresh air about the pandemic [and proves] it’s possible to write something light and profound about this horrific episode in humanity’s history. There are loads of interesting stories that I’m sure will come out of this that are worth investigating, and this is one of them. There are so many different meta elements to this piece, and shooting in the pandemic was kind of fascinating.

During the pandemic, your character Michael bunks with his brother Declan (Jack Reynor) who makes a Game of Thrones reference in the episode. Whose idea was that?

That was John [Carney], and it was in the original script he sent to me. When I spoke to him he said, “Look, we can take that out if you feel awkward about it,” and I was like, “No, no, no, that’s one of the reasons I’m doing this piece. It’s hilarious.” There’s something wonderful about Michael looking at his brother like, “I’ve never seen that show,” but also it can come across as [myself] going, “Don’t even mention it.” It’s got a double meaning. John is great like that. He’s really bold when it comes to those sorts of ideas in his work, and I loved that moment. I love the motif of strangers on the train, where it sort of swoops in being this 1940s kind of war drama. I love Lucy walking into her childhood bedroom and it’s tiny. I think that there were some really interesting decisions in this piece that kind of speak of the absurdity of the situation they’re in.

You’ve done anthology work before. Is it difficult connecting with a character’s story in a single episode versus something like Game of Thrones?

I really love it. Honestly, I’m such an advocate of the anthology [format] to other actors. It’s so bite-sized and manageable. It’s set somewhere between a short film and an indie movie, it’s in a little box by itself and it’s a very satisfying thing to do. I think after eight years of playing one character in a long-running TV show, it’s a very appealing thing for me to do. There’s a reason I did Criminal, there’s a reason I did Modern Love. There is a reason I’m going to go on and do another anthology piece after this. It just allows me to stretch different sides of myself in a very contained way. 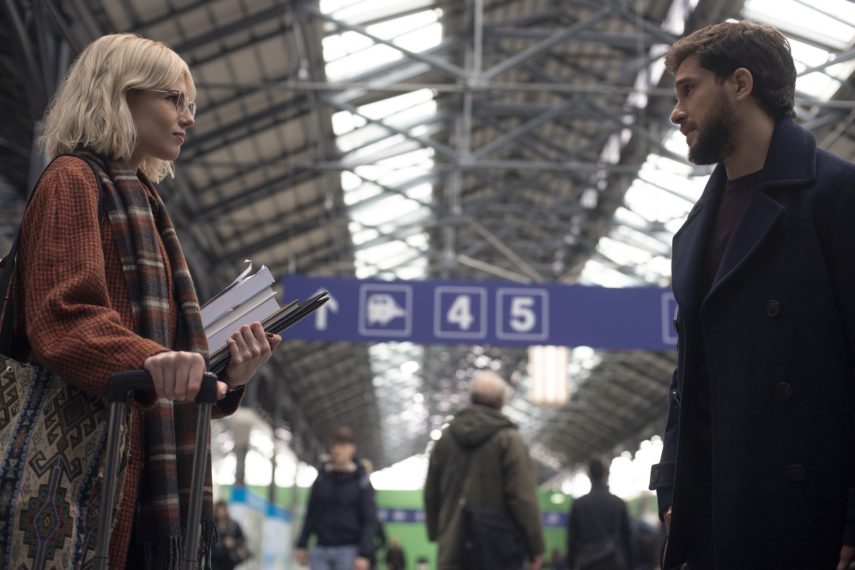 This episode has a true rom-com feel. Is that a genre you’re interested in exploring more in the future?

I never say never to anything. I wasn’t that interested in rom-com, and then this one came as a surprise. One of my favorite movies is When Harry Met Sally, so I love a good rom-com, but it wasn’t something I felt I had any desire to do. For whatever reason, this piece spoke to me. I don’t tend to pick a genre for a genre, it’s what’s on the page that counts and whether it interests me. If a rom-com came along that had something to say, I wouldn’t say no.

Do you think Paula and Michael end up meeting after the episode ends? The story concluded with quite the cliffhanger.

It’s definitely for viewers to take into their own interpretation. In my head, he meets her. What happens then, I don’t know, but in my head, he stays there and he meets her. But I love an open ending. There’s this long-running idea in Hollywood that you have to close off the story. Life’s not like that, and there’s no reason why we have to write drama like that. And I think every now and again, an ending like this is really strangely satisfying.