Forrest Galante on Venturing to Alaska and Mexico for Shark Week

The annual tradition of Shark Week on Discovery Channel continues this year in its 33rd installment after kicking off this Monday, July 11 through Sunday, July 18. Featuring specials and documentaries on one of the ocean’s deadliest predators, 2021 Shark Week is as exciting as ever. Below we talked to Forrest Galante about how he planned for these expeditions, his favorite moments, and how it feels getting up close and personal with these intimidating creatures. How did you first become aware of the shark that was the “Jaws of Alaska?”

Forrest Galante: There had been a notable uptick in marine mammal attacks in Alaska, and typically the only marine mammal attack takes place are from an orca and an orca doesn’t really leave a trace. An orca bite and a shark bite are two very different bites. Up in Alaska, these seals and sea lions and otters have been turning up missing a fin or missing a limb or if they’re alive still kind of flailing around. It’s getting reported to the point that it’s not a one off, it’s become a known thing in the media. And so the question that we have to ask ourselves as scientists is who is doing this? Who is the Jaws of Alaska, so to speak? That’s the dramatic and catchy title but you know that is the sense of “That’s a legitimate question because it’s not typical behavior.”

Did you have to approach it differently diving in waters that were a lot colder than in most places?

Yeah, I mean cold water is very different diving [compared] to warm water so you need a lot more neoprene, a lot more weight. You have to be very conscious of your buoyancy and your temperature. I’m trying to make this as linear as possible in my explanation. One of the things that I do that’s different from most people that you’ll see on Shark Week is I’m very big into freediving because it does give you a stealthier approach, there are no bubbles, there are no tanks, there’s no noise, so that means that where we were going in Alaska, you had to wear wet suits, not dry suits, meaning you have to let that rigid water in against your body and in a dry suit you can keep it out.

With all that being said, it’s completely different because we’re now in seven millimeters of neoprene, 14 on the chest and I put on a three-millimeter vest under that and so did my camera guys. It’s super cold. You have to be very conscious of the elements above the water because the windshield cuts right through the neoprene. I mean you just have to take a bunch of precautions to make sure that you don’t get hypothermia basically. If you saw the show we put Vaseline on our lips, because they’re the most exposed area, to keep the frostbite out. COVID has had a lot of effects on my work. I mean typically I do a show for Animal Planet called Extinct or Alive where we travel around the world looking for extinct creatures, those that have wrongfully been deemed extinct. COVID effectively shut that down and then there was a big gap and it’s been tough, it’s tough for wildlife in our work. It’s been tough just getting stuff done because of the travel restrictions associated with COVID. But all that being said, it wasn’t a problem going to Alaska. We had to quarantine and where better to quarantine than in the middle of nowhere Alaska. So you know we went for it and there were no problems there and things have calmed down a lot.

You obviously have years of experience dealing with animals and with sharks. But do you ever still get scared or intimidated when you’re dealing with them?

The difference, to me, between being brave and being stupid is knowing when to be scared, right? For the most part, I’m not scared of sharks and neither should anyone be, but that doesn’t mean that people like myself that put themselves in these situations don’t get intimidated and understand that these animals deserve a tremendous amount of respect. One part that I thought was really funny was the giant inflatable whale. How do you decide on and how do you identify these strategies to find and attract the sharks?

Well, I am a mad scientist in the respect of the wildlife field, because we just have to come up with them. What you do is you look at an animal’s ecology and then you have to think creatively. How are you going to factor into that a lure, a decoy, a bait, a cage, a tool, a technique, whatever it may be? In this case, we’re attempting to track down an animal that all of the locals say eats whales in a place where the whales give birth. So in my mind, that was “OK go ahead and make a giant whale decoy with its baby,” and do that with sight, sound, and smell which is what we did with the milk concoction and the audio components of the whale call. So it’s just sort of thinking through every aspect of what does the animal does and how can you play into that animal’s natural behavior in order to accomplish your goal.

Looking back at both of those specials, there’s obviously a lot of cool moments in both of them but for you personally what was your favorite moment?

My favorite moment in Jaws of Alaska was the moment when I got in the water with the sleeper shark and was able to put it into tonic immobility. I mean the sleeper shark is basically a living dinosaur. It’s such an incredible experience to be able to interact with one and to be in that beautiful clear shallow water with a dinosaur-like shark. Sort of having an intimate interaction where I tickled its nose and it slowed down and I was able to be right there with it. It was like the closest thing I have probably ever been to a real-life Jurassic Park scenario, it’s like me and a giant dinosaur. That was fabulous for me, I loved it probably even more so than the salmon shark diving. So I think that was the biggest moment for me in Jaws.

In Black Demon Shark, my favorite moment was the mantas. So we’re there at whichever island it was, I think San Benedicto and these mantas come in and they’re literally gliding like these eagles. The mantas literally wanted to interact with me, it wasn’t like I chased it down. We weren’t trying to catch it, they came out of the blue, multiple mantas there were four of them at one time together to investigate the divers, myself and my team. That was sort of again that big megafauna moment where I’m there with a huge, incredible, beautiful animal. Not prehistoric like the sleeper shark but I’ve actually only ever glanced mantas before and this was like a very intimate interaction. It was world class. At the end of Jaws of Alaska you mentioned how you had a theory that the shark was actually a great white shark and it was something you would potentially explore in the future. Are there any plans at the moment for another special to investigate further or is that still a ways off?

The short answer is I would love to go back and investigate that further. We are waiting on sort of some confidential details, and once we get those details that would allow us to proceed so we’re just waiting to get some more evidence basically before we launch that mission.

What’s next for you? Are you doing anything that viewers should watch out for?

Absolutely, I just published a book called Still Alive that is lots of fun, people can check out all those sort of behind-the-scenes on my adventures, and Discovery’s been incredibly supportive on that. I’m in the middle of filming a show for Discovery right now for Discovery+. I’m not sure what can be said about that but it’s a super exciting series. I take off for South America the day after tomorrow, I’m in Peru for two weeks, and then in Brazil for three doing wildlife work so I’m gone for five weeks living out of a tent the whole time of course. So the fun never ends. 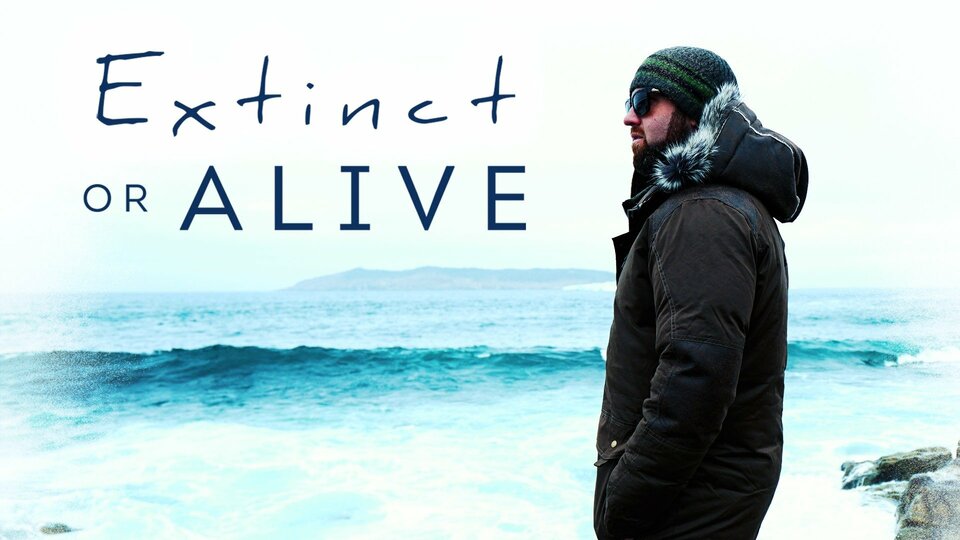 Extinct or Alive where to stream