‘Man vs. History’ Tells the Truth About Billy the Kid & More American Legends

History buffs and mythbusters alike will love this new series in which professional storyteller Bil Lepp (above) hunts down the truth behind various American legends. The show smartly kicks off with a Wild West outlaw who’s a household name: Billy the Kid.

With his signature twang, Lepp tells Billy’s tale and meets with experts who all have their own theories as to how Billy’s magical escape from jail—and the hangman’s noose—went down. Lepp isn’t all talk, though: The historian gets down and dirty to test just how viable some of these ideas are, even trying on Billy’s shackles as replicated by a blacksmith. Ask Matt: One Less 'Law & Order' Show on the Docket

Plus, questions about 'Goliath's return, late night audiences, and more.

Perhaps just as interesting are the smaller bits about other Western icons that pepper the hour. The highlight is when three-time Olympic biathlete Lanny Barnes comes on to test out some of Annie Oakley’s sharpshooting tricks, most impressively using a mirror to aim behind her and clip the edge of a playing card. (You have to see it to believe it!)

Other episodes illuminate names you’ve heard since you were a kid, like Harry Houdini and Davy Crockett. You won’t think of any the same way again. 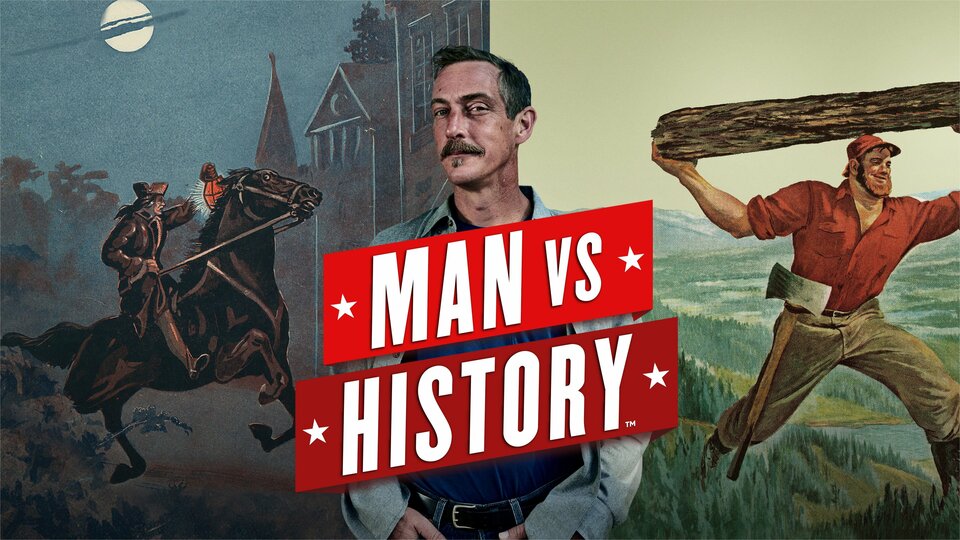 Man vs. History where to stream