‘The Masked Singer’: Beetle Says He ‘Wasn’t Amazed’ He Was Guessed After Clues

Unfortunately, fans could only chant the name of one of the latest Masked Singer eliminated contestants for one episode. On “Muppets Night,” both Beetle — revealed to be talk show host Jerry Springer — and Robo Girl — Kat Graham, who did advance after last week’s performance — were eliminated. The Lambs are moving on.

Here, Springer opens up about his time on the Fox singing competition.

Jerry Springer: Actually it wasn’t difficult. When I first got the call, I said, who is this really? You know, it seemed strange. And then I said, well, gimme a couple of days to think about it. I’m semi-retired now, so normally, when I get asked to do things now I do them either [because] it’s important, like if it’s political, or it’s fun, if it’s show business. And this goes into the category, it’s just fun to do. And my grandson would really get a kick out of it. I couldn’t tell him until last night. That’s really the reason I had time to do it, and it’s just a fun thing to do. And as I showed up to do it, the people there are so easy to work with. They’re incredibly professional. The show looks like it’s just silly, but when you see how hard they work to make it look easy and fun, you can’t help but admire that. They’re very, very talented people. And it was fun to be around.

Also it was Muppets Night, which made for such a cute episode.

Yeah, the Muppets were great and I got to sing to Kermit and Miss Piggy got a little bit jealous. And it’s nice to have pigs fighting over you. I have no idea. But it was fun. You see ’em on television for half your life, and then there they are and that was kind of fun. I enjoyed it.

Talk about that costume and performing it.

That was the most difficult part of the show, that experience. I hadn’t anticipated that because in terms of being in the full outfit and the idea of an audience and all of it, it’s not until you go on. You have a dress rehearsal earlier in the afternoon, but there’s not a crowd there and there’s no pressure or anything. 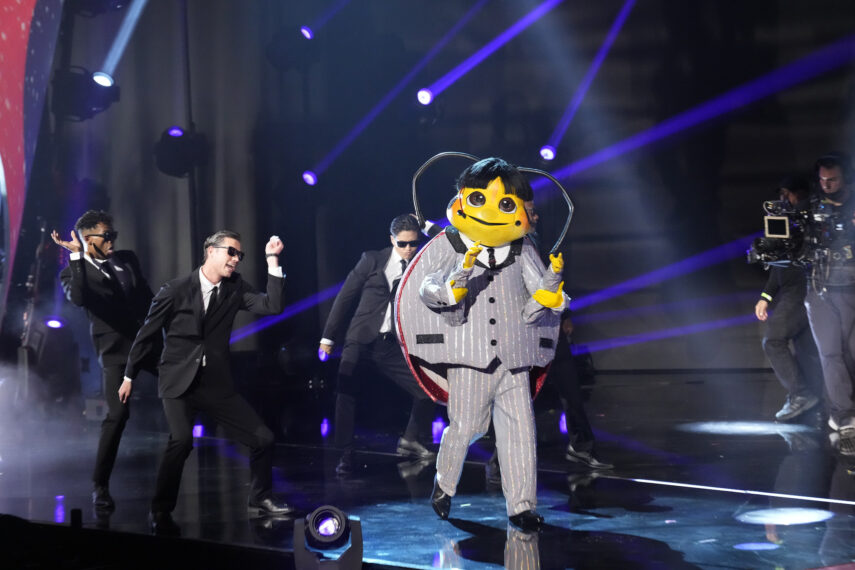 Because one, you sweat unbelievably, so there’s sweat going into your eyes. Seeing was the most difficult part. Not just because the sweat in my eyes, but the eyes in the head didn’t remain where my eyes are, and so I couldn’t see and I don’t know where I’m walking on the stage. And there were places I had to go to, not the least of which was to walk towards Kermit and I’m guessing. And as a crutch you have the words on a prompter for the song. But I couldn’t see the prompter. So all of those worries are going through you while you’re singing. That was the difficult part. It’s not like you just walk up to a microphone and sing.

I knew I wasn’t gonna be the best singer. But I wasn’t nervous about it. I figured, just sing a song. Everybody sings in the shower, nothing horrible is gonna happen there. People that had to listen to it will get over it by the next day. You take a couple aspirin, you’re gonna be fine. There was nothing bad that was gonna happen, but not being able to see was the toughest for me.

Speaking of the song, what went into your choice?

I only knew about eight or 10 songs to begin with, where I really knew the words. When you get older, you’re not listening to the radio every day or on your phone to some music as teenagers and people in their 20s do. So I knew some songs, standards, and I grew up in the ‘40s and ‘50s where it was ballads and then it was early rock ‘n’ roll. And so the songs I wrote down, they didn’t select for me.

They came in with some ballads knowing that I felt more comfortable doing an old time ballad than any new song. I knew two or three lines from “The Way You Look Tonight.” But so many great singers sang it, singers that I really enjoyed, whether it was Frank Sinatra or Tony Bennett or Dean Martin, Nat King Cole. So it was a my generation kind of song. So when they came back with that, I said, yeah, I feel good, and I could reach all the notes. The range was OK. You can love a song, but then when you try to sing it, there’s some notes that are out of your range. And my range is about three or four notes. Talk about listening to the panelists’ guesses. Jenny [McCarthy Wahlberg] did figure you out with her first guess.

Yeah, I wasn’t amazed. First of all, I had heard that for several seasons, I’m one of the guesses. If you’re known, your name’s gonna get tossed around.

But then when they did what the clues were before you go on, when they had people yelling your name at the TV and they said something about coming to America and then a judge with a gavel, with Judge Jerry… I don’t think it was a great stretch to think that it might have been me. I put all those things together and I wasn’t particularly surprised. I think Robin Thicke also picked me. And then there were a few people in the audience that started chanting “Jerry! Jerry!” when they came on with the hint that they yelled the name at the screen. So even if they hadn’t been thinking of me at first, I might have guessed it was me. I was hoping it wasn’t me, but I would’ve guessed it was me.

You talked about the challenge of performing in the costume, but what surprised you the most about being on The Masked Singer?

I guess that everyone kept the secrecy. If there was a gun pointed at my head, I couldn’t tell you who else is on the show. … This was Secret Service kind of protection, the CIA. And so you right away get into the whole concept of the show. That was something I hadn’t really thought about, how serious that is taken.

What didn’t surprise me, but which was certainly noticeable, was the professionalism of all the people working there. When you watch the show on television, [it] seems silly and it’s fun and it’s great for kids. And yet you see how hard everybody works to make it look that easy, to make it look that much fun. It’s very, very impressive.