The Garcias are all grown up in the HBO Max reboot of the landmark Nickelodeon series The Brothers Garcia. For Jeff Valdez, executive producer and showrunner, the project is this against-all-odds labor of love. Over a decade-plus, he worked through network meetings, a raging pandemic, and Mother Nature to see his vision realized.

That vision picks up more than 20 years after the landmark original series first hit the airwaves. The cast all return, including parents Ray (Carlos Lacámara) and Sonia (Ada Maris) with their kids George (Bobby Gonzalez), Carlos (Jeffrey Licon), and Lorena (Vaneza Pitynsk). They are sharing a big beach house with their respective spouses and children for the summer in Riviera Maya, Mexico, and they’ll see their share of guests over the course of the season. Even youngest sibling Larry (Alvin Alvarez) is back, checking in from space — the character is living his dream as an astronaut.

We caught up with Valdez days after the first three episodes dropped.

Where do you think we’re at when it comes to diversity on TV?

Jeff Valdez: There is a lot of work left to be done. Case in point, back when we did the original Garcias we had over 90 percent diversity in front of and behind the camera [on our show]. Since then, Hollywood has averaged 2 and 5 percent. We’re back to over 90 percent again here. We’re very proud we can do that. We encourage Hollywood to strive for the same. The common thing I’ve heard is, ‘Wow, I saw myself.’ The show takes place in Mexico and is about a Mexican-American family with a dad from Puerto Rico. It has a universal appeal. After coming out of two years of COVID and all that, TV seems to have gotten darker and darker. We just wanted to give everyone a break, something to lighten people up. The storylines are fun, light, and easy. There is nothing controversial about it. It does touch on a lot of important topics including representation but it’s also about finding your identity and place in the world. The family members reach crossroads in their respective lives.

One of the challenges is there are a lot of characters. We have 13. We actually have Easter eggs for five new series in the show, too. With Sonia’s story, I have friends going through retirement. There is a scene in episode 10 where someone is talking to Ray about the pressure he is putting on his wife. There are realizations that happen. In the original series, Carlos was the big man on campus. George was the tech geek. And now George is the big man on campus. It’s a flip-flop. Originally, it was three boys and a girl. Now the kids are three girls and a boy. There was a lot of intentional design work that went into this. I always tell people it’s not a Latino show. It’s a family show that happens to be [about a Latino family].

When you talk about diversity, you have Carlos’ wife Yinjin (Elsha Kim). She clashes with Sonia, the grandmother who wants to see her granddaughters baptized. There is a lesson in compromise and respecting each other’s beliefs. A powerful message to send.

Thank you for saying that. It was so important to include in the story. Yinjin never feels like an outsider because she is Korean. The fact that she is Korean is irrelevant. That’s not played up. Her conflict is grandma wants the kids to have a baptism, and mom doesn’t want it. She wants to raise the kids a certain way. There is so much conflict between people’s beliefs right now in this country. This was our way to say, “Respect each other’s spiritual journey. You don’t have to agree with the other person.” How did you come to the decision to have Alexa (Trinity Jo-Li Bliss) as the narrator?

John Leguizamo was the original narrator. I toiled back and forth with that. I can’t bring Jon back because I’m going to bring [original series’ narrating character] Larry back, and Larry’s doesn’t sound anything like John’s does. I wanted to bring more female energy into the show. All the women are very strong. Alexa is a painter and sees the world in colors. So it made sense to make her the voice. We actually recorded all her voiceovers in her condo. She took mattresses from guest rooms and made this sound booth. They weren’t done in a recording studio. Review: 'The Flight Attendant' Season 2 Does Better With Sobriety Than Spycraft

Despite a convoluted espionage storyline, Kaley Cuoco's HBO Max series is doing A+ emotional work with its characters.

The credits give a look behind the curtain. What were some of the biggest challenges of filming?

[The Mexico shooting location in] Puerto Aventuras is not known for having a bunch of production equipment there. Everything had to be trucked in. If you look at the credit list, you’ll see 27 drivers. Everything was brought in. It was during hurricane season. I told the writer’s room we needed what became the basis for the hurricane episode. In case we get a hurricane, we would just lock all the doors and film inside for the day. We had two tropical storms hit the first two weeks and the episode wasn’t ready, so we had to muscle through.

On top of this, there were 95 degree temperatures with all the humidity. We had to work outside all the time. Mind you, when we were shooting week 9 for episode 6, [it was] the hurricane episode where there was no hurricane. It was beautiful out. The week we wrapped we had an actual hurricane hit! The timing never worked out. I passed out one day and had to be carried out by medics because of heatstroke. We had daily people getting heatstroke. The commitment and the love were there. When the old cast got together, it was like old friends you see and pick up where you left off. They really held the new cast by the hands. It was beautiful.

Carlos and George are business partners who are working through a different dynamic. Larry is an astronaut. Then there is Lorena, who becomes torn because of a big career opportunity that isn’t without its strings.

Lorena falls into that old adage of being careful what you ask for. She wanted to be famous and realized the things that come with that…We put things out in the world, and when they come back to us, sometimes they manifest themselves in a way you may ask, ‘did I really want that?’

Is the cast on board for more seasons?

They are so passionate about this show. We could do 10 seasons. I already arced out the first 5. 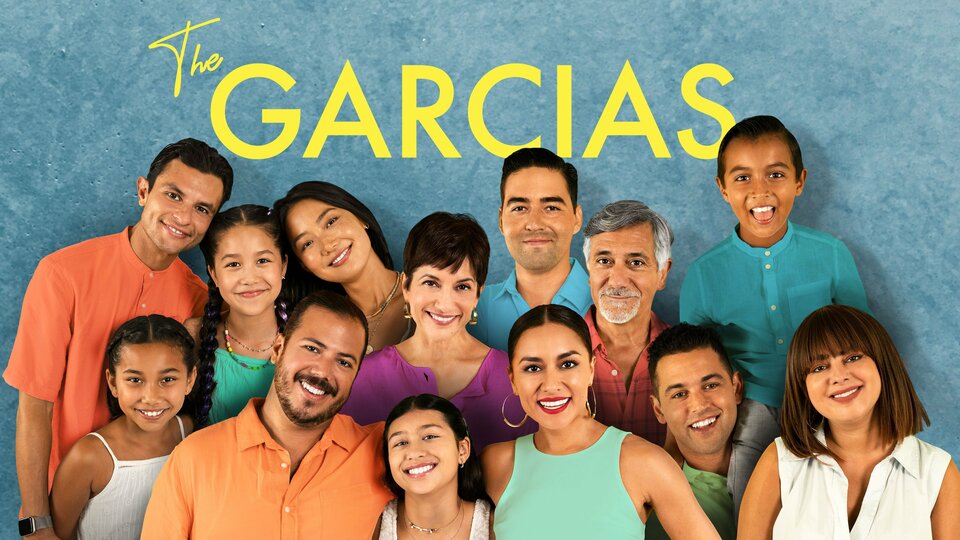 The Garcias where to stream