The CW’s Supergirl returns from hiatus to finish out her sixth and final high-flying season. Sports fans can look again to Tokyo as the Paralympics begin. HBO’s Real Sports with Bryant Gumbel investigates abuse within the world of cheerleading. Cable series on OWN (David Makes Man) and Freeform (Motherland: Fort Salem) wrap their second seasons. A selective critical checklist of notable Tuesday TV:

Filling the time slot vacated by freshman superhero show Superman & Lois, the long-running series featuring Kal-El/Clark Kent’s cousin Kara (Melissa Benoist) returns from a three-month hiatus with the remainder of its sixth and final season. In the episode appropriately titled “Welcome Back, Kara,” Supergirl makes a hero’s entrance to National City alongside her father, Zor-El (original Roswell star Jason Behr), after all that time in captivity in the Phantom Zone. He’ll have to learn how to fit in on Earth, and who better to teach him than his mighty daughter?

The regular Summer Games have been over for two weeks, but all eyes are on Tokyo again as the Paralympics gear up. If you missed the Opening Ceremony when it aired live in the early morning, NBCSN replays the events, welcoming these very special athletes and revealing many of their inspiring stories. Coverage of competition kicks off at 10 pm/ET with swimming, wheelchair basketball, wheelchair ruby and track cycling. (For a full list of events and where and when to watch, go to nbcolympics.com.)

The award-winning sports newsmagazine features a segment from correspondent Mary Carillo, investigating allegations of sexual abuse inside the world of All-Star cheerleading. (Can a Lifetime movie be far behind?) Other segments include Jon Frankel’s report on the boom during the pandemic in through-the-roof sales of collectible sports cards, including the trendy digital Non-Fungible Tokens. In what may be the most fascinating story, David Scott profiles the police department in Marietta, Georgia, which has taken up jiu-jitsu martial-arts training, resulting in a reduction in violent clashes with the community. 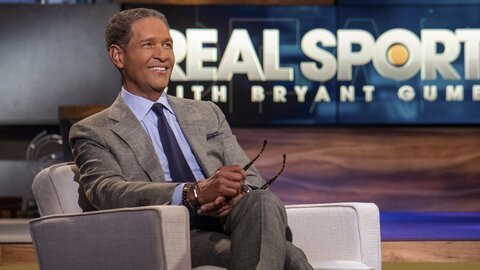 Real Sports with Bryant Gumbel where to stream