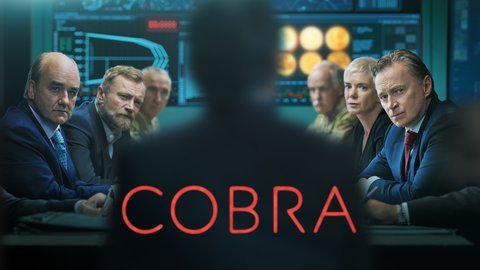 In times of national emergency, a team comprised of Britain’s leading experts, crisis contingency planners and most senior politicians assemble under the name COBRA to form the committee entrusted to protect the people of Great Britain. Set in the heart of government during a major crisis, this six-part drama follows the prime minister and his chief of staff as they are forced to contend with impossible political decisions and their ferociously pressured personal lives, while also being mindful of political opponents who will use any sign of weakness as an opportunity to strike.