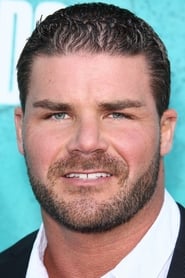 From Wikipedia, the free encyclopedia.Robert F. "Bobby" Roode, Jr.(born January 1, 1977) is a Canadian professional wrestler, signed with Total Nonstop Action Wrestling (TNA). He originally made his debut for TNA in 2004 as a member of Team Canada and went on to become a two-time NWA World Tag Team Champion with stablemate Eric Young. In 2008, Roode formed the tag team Beer Money, Inc. with James Storm and together the two of them went on to become four-time TNA World Tag Team Champions, while also holding the record for the longest reign as champions. In September 2011, Roode achieved his first major singles accomplishment in TNA by winning the Bound for Glory Series to become the number one contender to the TNA World Heavyweight Championship, which he went on to win the following month. Roode would hold the title for 256 days, becoming the longest reigning TNA World Heavyweight Champion in history. While growing up in Peterborough, Ontario, Roode attended Kenner Collegiate H.S. and was a stick boy for the Ontario Hockey League's Peterborough Petes for notable future NHL players, Tie Domi, Mike Ricci and Chris Pronger.