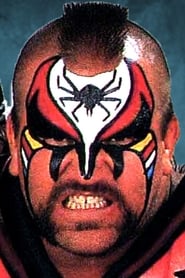 Joseph Michael "Joe" Laurinaitis is an American professional wrestler, better known by his ring names, Road Warrior Animal and Road Warrior. He is the brother to John Laurinaitis, who was formerly WWE's Executive Vice President of Talent Relations and former general manager of both Raw and Smackdown brands of the WWE. Along with the late Road Warrior Hawk, Laurinaitis was one-half of the tag team known as the Road Warriors or also dubbed as Legion Of Doom.