Starring in Timeless has been a "wild" ride for Matt Lanter after his history-hopping drama was canceled by NBC twice, then revived both times due to the overwhelming support from fans. 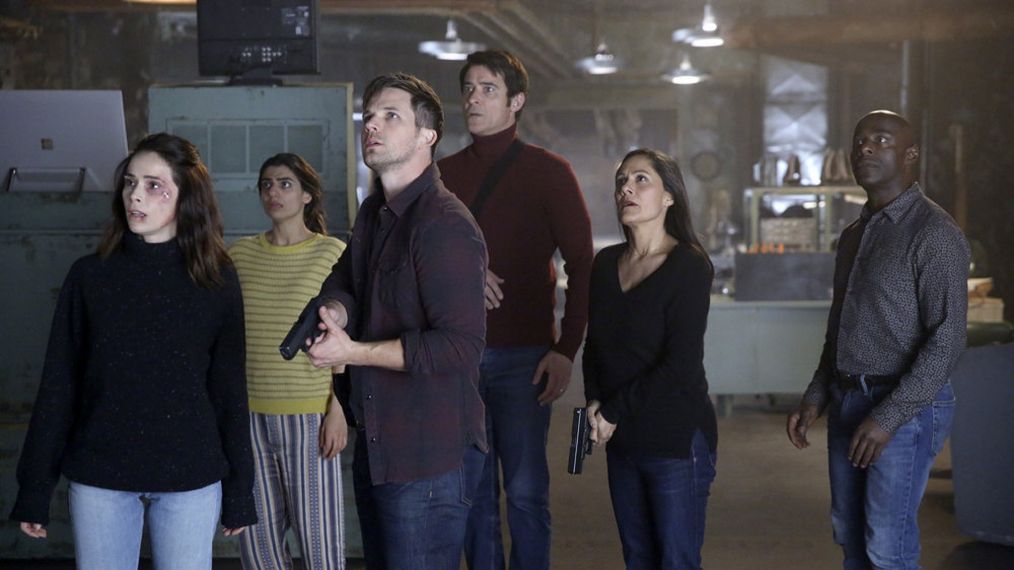 Everything We Know About The Two-Part 'Timeless' Finale

The NBC series was canceled in June.

NBC announced in May it had canceled the series, but in July the network said it is planning a two-hour, television event to tie up loose ends.

Lanter hasn't read the script yet for the Timeless movie currently set to start filming in October and to air in December. The final chapter, he said, will likely have a Christmas theme and feature his soldier character Wyatt and Spencer's college professor Lucy leading their team back in time to save Barrett's computer programmer-pilot Rufus, who was in great peril at the end of Season 2. The actress will also return to TV for the 'Timeless' finale event.

"They haven't shared much with me," Lanter said about the series capper. "I know that we're going to do a couple of different time periods. See more of the same stuff that we do and people love. Hopefully, we are going to be saving Rufus. I don't know that, but I'd assume."

Lanter is grateful for the chance to give the show the send-off its fans have earned with their online petitions and vocal presence at pop-culture conventions.

"I think they really deserve it. They worked so hard to bring us back two different times," he said. "It's been wild."

The actor said he doesn't know if there will be more Timeless TV movies — or possibly a Season 3 at another network — but he will return as Wyatt if the opportunity arises and his schedule allows. "I would love that," he said. "Doing one TV movie a year could be hard, just because of cast contracts and schedules. Obviously, at the end of the day, we all have to move on to other things and feed our families and whatnot, but with so much stuff getting picked up in other places. Obviously, a lot of places have passed on the show."

The married father of an 8-month-old daughter continued: "Who knows? This thing could come out in December, get some big ratings and somebody could change their mind on the streaming services. There are just so many open possibilities nowadays."

Lanter said fans tell him all the time they love researching people and events they first learn about on the show. They also seem to enjoy the fact family members of all ages can watch it together.

The 90210 alum is also known as the voice of Anakin Skywalker in the Star Wars: The Clone Wars and Star Wars Rebels animated series.