Julianna Margulies Thanks George Clooney for Saving Her Career The 52-year-old actress credited Clooney, her former ER co-star, with saving her career during her appearance on Tuesday's episode of Late Night with Seth Meyers. Margulies, who played Carol Hathaway on the NBC series, said Clooney intervened before she took another job after her character's death.

"I was about to sign on to a not-very-good sitcom because I came back to New York. I needed a job," the star recalled. "He called me out of the blue, kind of put his neck out on the line for me and said, 'I overheard that your character tested well. And if I were you I wouldn't take another job because I think they're going to bring you back to life.'" 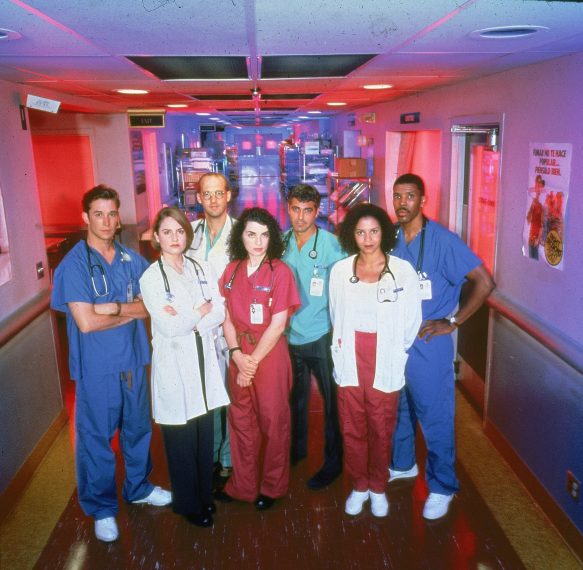 Margulies played Carol in Seasons 1 through 6 of ER, and won an Emmy in 1995 for her performance. She went on to star in the CBS series The Good Wife, and now plays Kitty on the AMC drama Dietland.

Margulies honored Clooney at the AFI Life Achievement Award gala Thursday in Los Angeles. She recalled filming ER with the actor, who played Doug Ross on the show.

"The most fun we used to have was when we would get to go to Chicago to shoot exteriors," the actress told E! News on the red carpet.

"After shooting a cold, cold night, we'd all go back — Chris Chulack, our director, me, George, the camera crew — and we would just sit in the hotel lobby and drink and eat and have fun," she said. "He would tell stories and we'd howl with laughter."