HBO is building an interactive replica of Westworld's Sweetwater town in Austin, Texas, for fans to experience at the upcoming South by Southwest festival.

The park, which will be open to a select number of SXSW visitors and those who have registered for tickets online, will feature locations and elements taken from the sci-fi western series including the Coronado Hotel and the Mariposa Saloon from March 9-11, Entertainment Weekly reported. 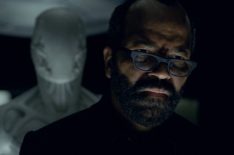 HBO threw a winning pass when they teased the show's return.

Guests will be picked up and taken to the area in a Delos Shuttle and assigned a white or black hat. Visitors will then get to interact with the park's hosts, eat western-themed food and look for clues related to the series.

"No guidebook, no orientation, no regrets," a teaser for the park says.