Watching entire seasons of television in one sitting has become a national pastime, an enterprise as American as football and apple pie and wrapping literally everything in bacon. We want to watch TV (like all of TV) and we want to watch it now (like right now). And though we tend talk about marathoning a show like it’s a feat of astounding athleticism, it’s really not so hard. You can knock out six seasons of Breaking Bad in two bleak weeks if you have a strong personal support system. Given a month and three cases of red wine, you could get totally caught up on Scandal. But what happens when you find yourself drawn to a show whose number of seasons is in the double digits, and episodes into the hundreds?

First you must consider that you’ve got a different kind of animal on your hands, and that regular watching rules do not – cannot – apply. Follow along with our guide as we explain how to get into some of TV’s longest-running shows without losing your mind, job, or closest interpersonal relationships.

To begin, a few basic tenets to keep in mind:

It's a marathon, not a sprint. You know what happens when you run a marathon like it’s a sprint? You die. Just ask Phidippides! Our just basic division algorithm conservatively assumes a rate of nine episodes a week – one each weekday, two apiece for weekend days.

Failure Is For Sure an Option. 20 episodes in and not feeling a show anymore? Quit. Life is short; Law and Order: SVU: the complete series is not. There's always another show waiting for you. Long story short: This crime drama centered around a California motorcycle gang breathed new life into Katey Sagal’s career and gave Charlie Hunnam a convenient reason to bow out of Fifty Shades of Grey. Ironically, there’s a lot of leather here, too.

Skippable season(s): I actually don’t think you should skip any seasons of Sons of Anarchy, but biker gang guns to my head? Season 3. There’s a whole long Ireland arc that’s just ... whatever.

Watch it with: Your hands near your face to cover your eyes at a moment’s notice. Long story short: A mockumentary-style ensemble sitcom about three generations of a Los Angeles family – and a critical and ratings juggernaut so unbeatable that it’s essentially the Death Star of primetime comedy.

Number of seasons: 7 (149 episodes and counting)

Skippable season(s): Once Modern Family found its winning formula, it never really strayed from it, so the only truly unskippable season is the first one.

Watch it with: Anybody, really. This Fam is a chuckle-heavy, demographic-blind people pleaser. Long story short: An intuitive FBI agent and an awkward forensic anthropologist look at bones, solve crime and try not to kiss each other. Basically The X-Files with fewer aliens and more… bones.

Skippable season: Season 8. A tired serial killer plotline makes its nth return, and Brennan and Booth play yet another season-long round of will-they-won’t-they. You may read the Wikipedia entry and proceed directly to Season 9.

Watch it with: That coworker you have an obvious, problematic crush on. 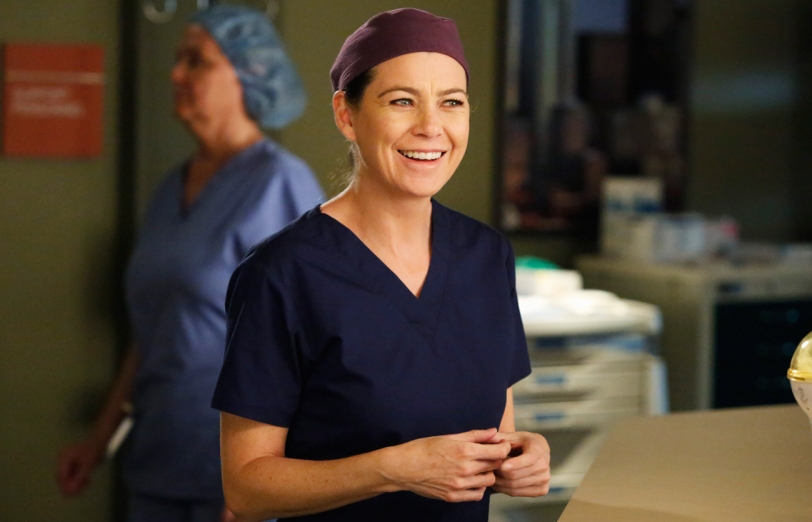 Skippable season(s): The last half of Season 3; the first half of Season 4. A time Grey’s fans remember with a shudder, thanks to the forced romantic pairing of two characters who together formed a vacuum of chemistry that threatened to swallow the earth whole. (Yes, it was that bad.)

Watch it with: Nobody who went to medical school. Long story short: An adult animated sitcom about four perma-fourth graders (not) growing up in the fictional small town of South Park, Colorado. Co-creators Trey Parker and Matt Stone voice most of the characters and keep the show as topical – and offensive! – as possible by writing episodes the week they air.

Skippable season(s): Seasons 12 and 15. But even in an off season, Parker and Stone are sure to surface with some gems. Respect our authoritah and duck back in to catch Season 12’s “Breast Cancer Show Ever.”

Watch it with: Anyone but your mom. (We’re guessing. We don’t know your mom personally.) Long story short: Forensic investigators for the Las Vegas Police Department use (usually grisly) physical crime scene evidence to solve murders. CSI was a straight-up phenomenon, drawing a weekly average of almost 20 million viewers and even spawning something called “the CSI effect,” a warping of the public perception of and confidence in forensic science.

Skippable season(s): Seasons 10-11. William Petersen left CSI in Season 9, and the show felt the loss of its star keenly. Things start looking up again in Season 12 with the introduction of Ted Danson, who lends a crackling energy just when the franchise starts to wane.

Watch it with: An empty stomach. Long story short: Original Flavor Law and Order spawned a lot of spinoffs – but none as successful as SVU, which stars Mariska Hargitay as a tough but empathetic detective bent on finding justice for the victims of sex crimes. Three more seasons and it will have officially swiped the longevity crown from its parent show, which bowed out of primetime in 2010.

Time investment: 10 months to a year

Skippable season(s): We’re pretty partial to Christopher Meloni’s hothead detective Stabler and his frustratingly unrealized sexual tension with Hargitay’s Benson, so every season following his 2011 exit is a low priority for us.

Watch it with: The knowledge that you’ll never be able to turn it off once you hear that next DUN DUN. Plan your day accordingly.

This post is brought to you by Hulu. Sit back and catch up on all your favorite shows on Hulu.com!