The list, released Thursday, states that Parsons earned $27.5 million in the year leading up to June 1.

Parsons, who makes $1 million per episode of The Big Bang Theory along with the other principal stars, came out on top due to his endorsement deal with Intel, role in Oscar-nominated film Hidden Figures and time on Sirius radio. 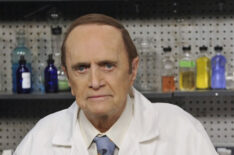 The television icon is coming back, but there's another familiar return in the same episode. Details here!

The Big Bang Theory's cast dominates the rest of the top four with Galecki in second place with $26.5 million, Helberg in third with $26 million and Nayyar in fourth with $25 million. For the sixth year in a row, Sofia Vergara has taken the number one spot atop Forbes annual highest paid TV actresses list ahead of Kaley Cuoco. The lis...

In eight place, breaking up the string of Modern Family actors, is Kevin Spacey who stars in and executive produces Netflix's House of Cards with $12 million.