Mariska Hargitay says she is thrilled her years as New York Police detective Olivia Benson on Law & Order: SVU have enabled her to help real-life victims of sexual violence.

"It's a privilege and an honor and I thank god every day that I was given this role, this platform to affect change," the 53-year-old actress recently told reporters on the show's set in New York.

"It's changed, obviously, the trajectory of my life. When I learned the statistics of sexual assault and domestic violence, I didn't understand why everyone wasn't talking about it. The statistics were so staggering, plus the letters I was receiving from people disclosing their stories of abuse and not being able to really walk down the street without somebody sharing their story. These themes were always isolation and shame," she said. "I felt like this [show] has been gift and a platform to discuss these issues because somehow anything on television makes any conversation as painful as it is... When something is on television, it just makes it more palatable. It just makes it easier to metabolize because if it is on TV, then we can talk about it at the water cooler. So, for that, I think [show creator] Dick Wolf and I just wanted to start a revolution and turn up the volume on having these conversations," she continued.

Her experiences led her to establish the Joyful Heart Foundation, which aids those impacted by violence.

"The way to change anything is by starting a conversation," she said. "Sometimes I don't know where Mariska ends and Olivia begins and vice versa."

Speaking about SVU itself, the mother of three went on to say serving as an executive producer -- as well as acting on it -- keeps her intrigued and engaged as an artist. "It's so deeply in me and I love it so much and I am so protective," she said. "I see myself a little bit like shepherding the young ones. It really starts at the top."

The actress said she and Season 19 showrunner Michael Chernuchin have been working extremely well together.

"Michael is a ridiculously amazing writer, but even more than that is a great collaborator and a listener," Hargitay explained. "We met and I shared what themes I was interested in this year and he took the ball of the themes and ran with it and then elevated it. . .So, every episode, I feel so heard and seen and then I get to do my thing on the set, which is to take care of these young actresses... I know how to sort of kick them off the safe zone, right? Because good acting is about the unknown. Good acting is when things cost you. That's what's exciting to me...."

"I could be the person that's like, 'Been around, I've seen it all.' And I don't feel like that," she added. 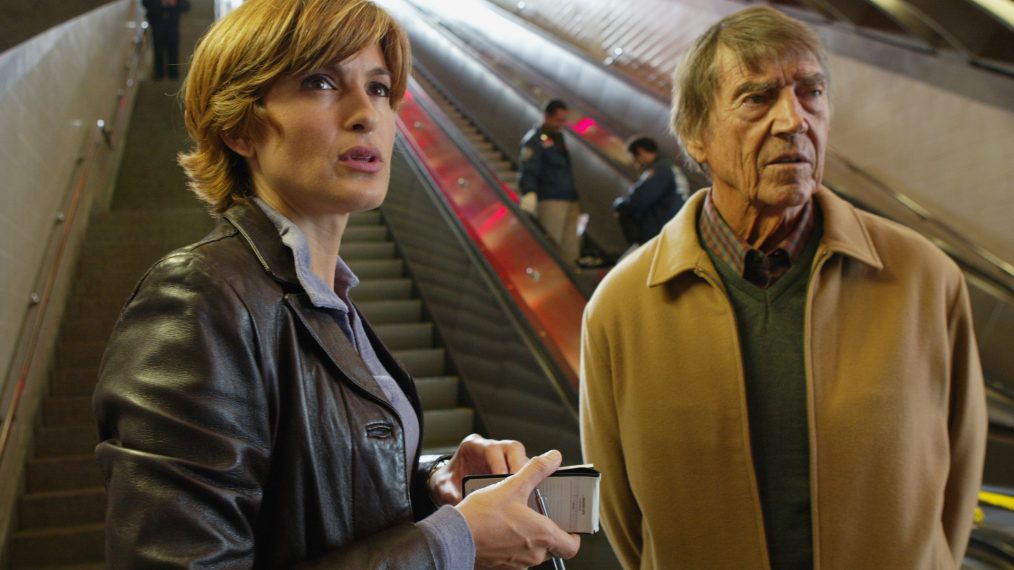 Celebrate the NBC drama's 400th episode with these fun facts.

While Hargitay doesn't think there are many current shows that could run as long as SVU and Law & Order have, she said she does see excellence on the small screen and raved about the recent miniseries, The Night Of.

"That is my favorite show ever!" she said.

Told there are discussions to renew it for a second season, she said: "I hope it does and I want to guest star on it."