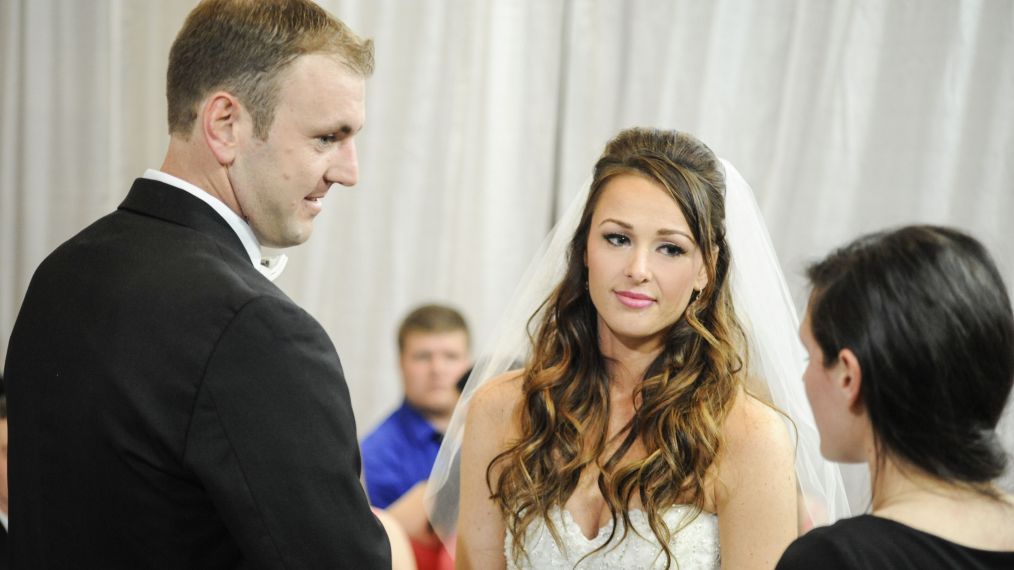 "Car seat installed. Hospital bag packed & ready. And last but certainly not least - our safety net - the @americord cord blood banking kit," Otis wrote on Instagram. "It's almost like she knew we were finally ready bc our sweet girl came to meet us this morning at 5:22 am weighing 8 lb 2 oz and 20 inches long."

One baby on the way, one restraining order filed: So how is it working out for those 'Married at First Sight' couples?

"Maybe we should have had our essentials together earlier & she would have been in our arms sooner," she jokingly said. "#bestdayofmylife #MyGracieGirl #lifehasjustbegun #my family."

Otis' rep told People, "Mommy and baby are doing well and Daddy is in pure bliss." The couple shared the first photos of Henley after making their baby girl her own Instagram account.

"I'm snug as a bug in a rug...milk drunk. #lifeisgood #mybirthday #mommyanddaddysgirl," she added to another snapshot.

Henley's birth comes a little more than a year after Otis suffered a miscarriage. The reality star lost her unborn son at four months pregnant in July 2016, but told Us Weekly she and Hehner plan to keep his memory alive.

"My sister's mother-in-law made me these beautiful, golden angel wings as a little something to have in Henley's room as a sign that her big brother is always with her watching over her and protecting her," she said.

Otis and Hehner met on Married at First Sight, an FYI and Lifetime reality show that sees experts pair couples who have agreed to marry when they first meet. The couple wed in 2014.