New 'Mama June: From Not to Hot' Season 2 Trailer Reveals an Unexpected Pregnancy Mama June's daughter Pumpkin is going to be a first-time mom.

Lauryn "Pumpkin" Shannon, the 17-year-old daughter of June Shannon, announced she's pregnant in a promo for Season 2 of June's WE tv series, Mama June: From Not to Hot.

"Hey guys, guess what? I'm pregnant," Pumpkin confirmed. "I don't know what I'm having yet, but if I had to bet—because of all the girls in our family—I'm probably having a girl." 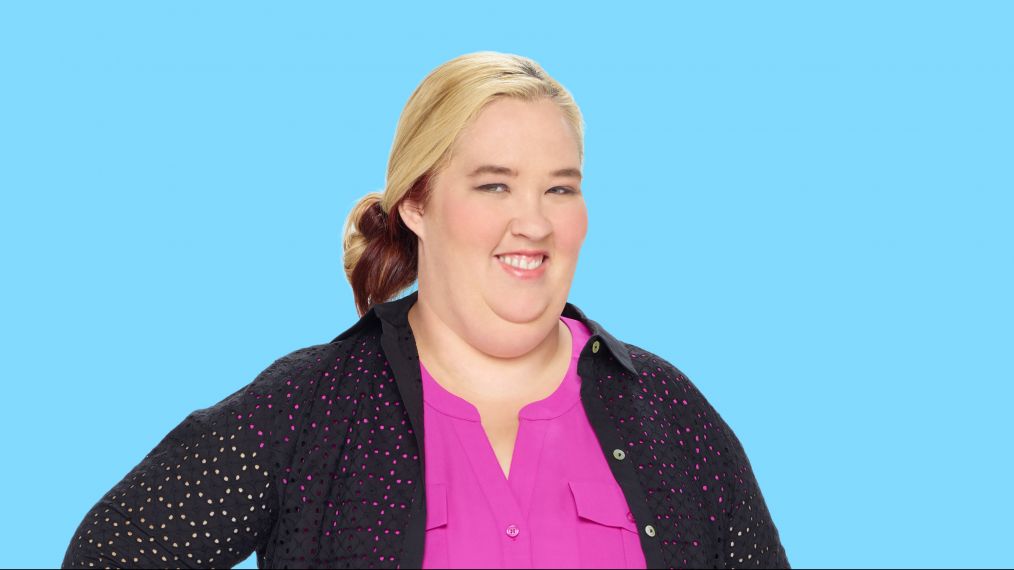 The show wrapped up its first season on Friday.

"I'm really excited to be a new mom, but there is some challenges that I'm going to have to face," she acknowledged. "I'm really nervous about having a baby because it does have to come out of my hoo-ha."

E! News reported Pumpkin was engaged to Joshua Efird in 2016, although the star has yet to share her baby's father's identity. Her sister Anna "Chickadee" Shannon is already mom to daughters Kaitlyn and Kylee.

"I think Mama will be an alright grandma. I mean, she can't really see, but she'll do good!" Pumpkin said of June.

Pumpkin and her family came to fame on Toddlers and Tiaras before starring on Here Comes Honey Boo Boo, which focused on her sister Alana "Honey Boo Boo" Shannon. Mama June: From Not to Hot will return for a second season in 2018.

Mama June: From Not to Hot

'Honey Boo Boo' Matriarch Is Back in Trailer for 'Mama June: From Not to Hot' (VIDEO)