Pictured: (l-r) Melissa McCarthy, Bobby Moynihan as contestants during "Game Show" in Studio 8H on May 13, 2017.

Moynihan's final appearance on the show will take place this weekend for SNL's season finale which will feature host Dwayne Johnson and musical guest Katy Perry. 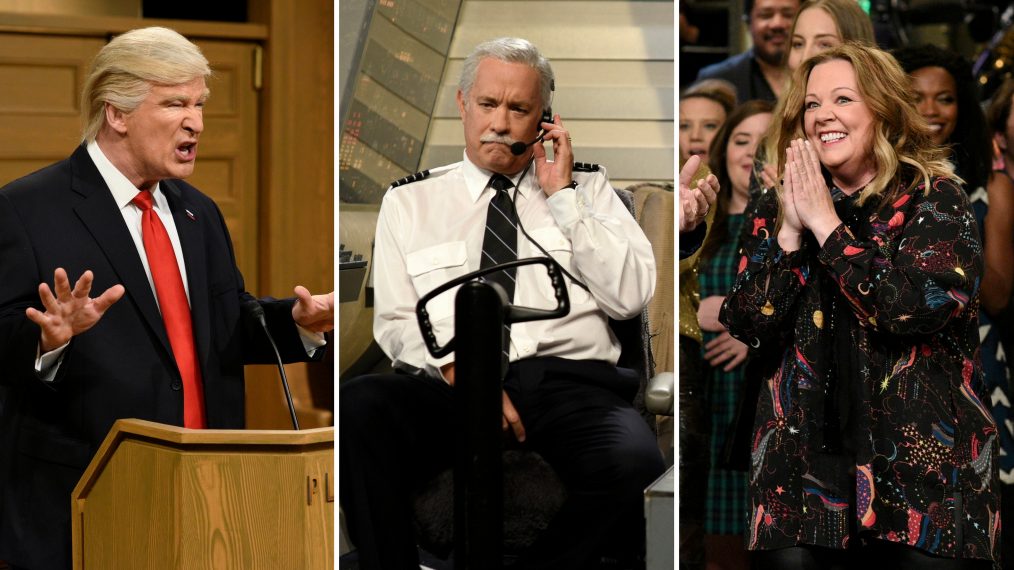 Moynihan's departure comes as his CBS pilot Me, Myself & I was picked up by CBS to air this fall.

The comedy series examines one man's life over a 50-year span and features Moynihan playing the protagonist at age 40, according to Variety.