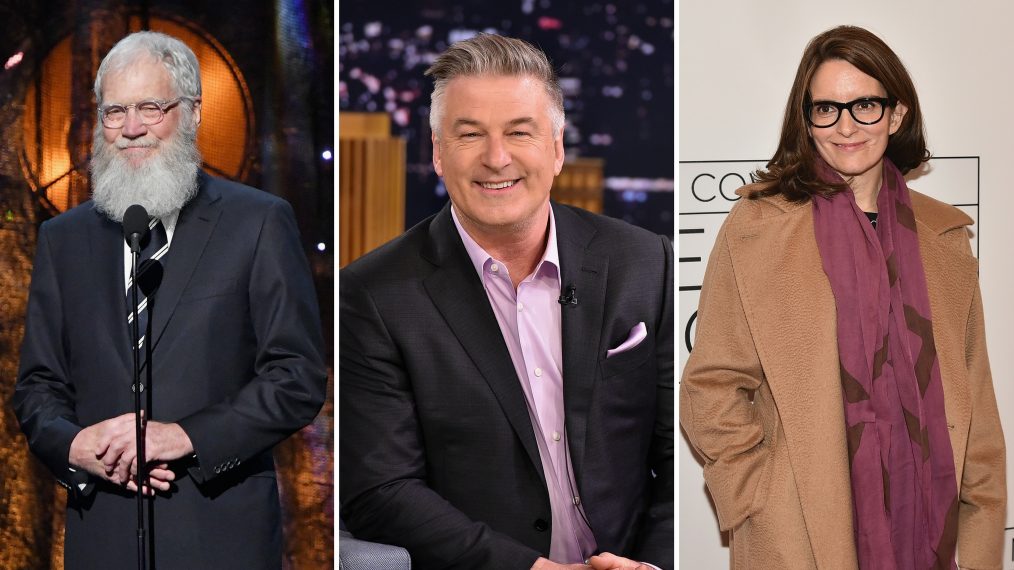 David Letterman and Tina Fey will join host Alec Baldwin on The Essentials.

"Together, Baldwin and his guests will introduce a hand-picked classic and offer color commentary on its cultural significance, its influence on other films, behind-the-scenes stories and their own personal reflections," TCM said in a press release. The new season of The Essentials is to premiere May 6. Baldwin takes over hosting duties following the death of Robert Osborne, who headlined the show from 2006 to 2015.

"I have some big shoes to fill hosting The Essentials, and I plan on doing Bob proud," Baldwin said in a statement. "Dave, Tina and Billy each bring a unique perspective to the movies in our lineup, and they have some fascinating, and even surprising, insights to share as we shine a spotlight on some of our favorite 'must-see' films from over a century of epic movie-making."