Sophie Turner Talks About Sansa's Fate on 'Game of Thrones'

Sophie Turner confirmed her future with X-Men and Game of Thrones this week.

The 20-year-old English actress gave an update Sunday in an interview with Hey U Guys on her appearance as Jean Grey in the new X-Men movie and as Sansa Stark on Game of Thrones Seasons 7 and 8.

"We're about to start shooting the next X-Men. We just finished shooting Season 7 of Thrones. I've got a couple movies to do before X-Men starts, and then we go on to Season 8," she said on the BAFTA Awards red carpet.

Turner's confirmation that Sansa will appear in Season 8 came as a relief for fans worried about the character's future. The actress had appeared to hint in an interview with Variety in September that Sansa would die on the show. 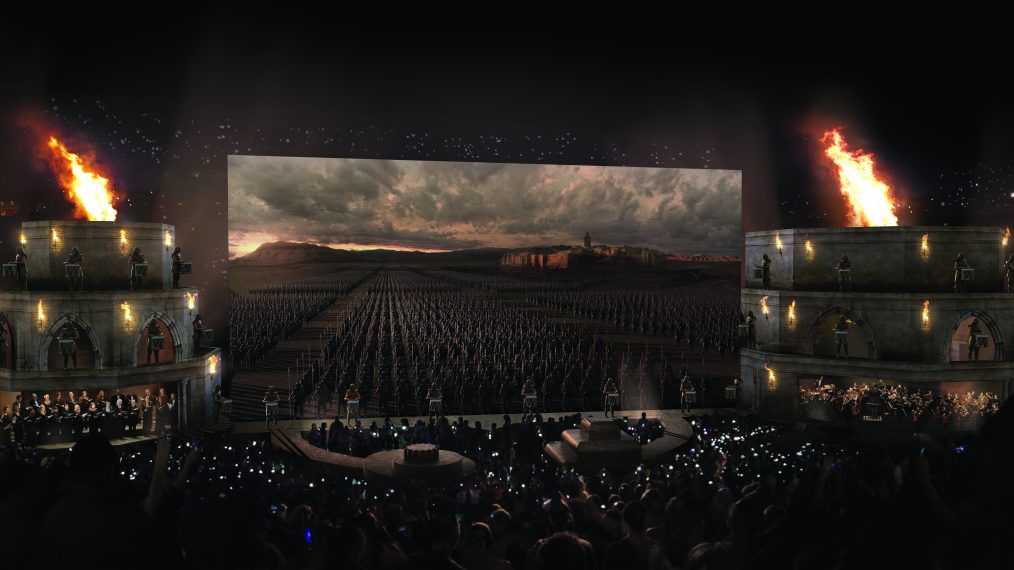 Music Is Coming: Here's How to See the 'Game of Thrones' Live Concert Experience

'Thrones' composer Ramin Djawadi has turned the HBO pop-culture phenom's musical score into a live stage show that will travel to 24 U.S. cities.

"It's quite sad," she said of filming Season 7. "It feels like it's all really wrapping up and coming to an end, so it's quite emotional, actually. Everyone's hanging around Belfast for a lot longer to kind of be with each other."

Turner has played Sansa throughout Game of Thrones' six-season run on HBO. She previously told Variety the character will have the choice of becoming a villain or a hero in future seasons.

RELATED: Sign up for TV Insider's Game of Thrones Newsletter

"There are so many options," the actress teased. "She could run with Littlefinger and become a villain and sadistic. Or she would also team up with her brother Jon." Littlefinger and Jon Snow are played by Aiden Gillen and Kit Harington, respectively.

Game of Thrones will return for an abbreviated seventh season in the summer before coming to a final close with Season 8 in 2018. Marvel has yet to announce a release date and title for the new X-Men movie.